Gazpacho Soup Plus Some Variations 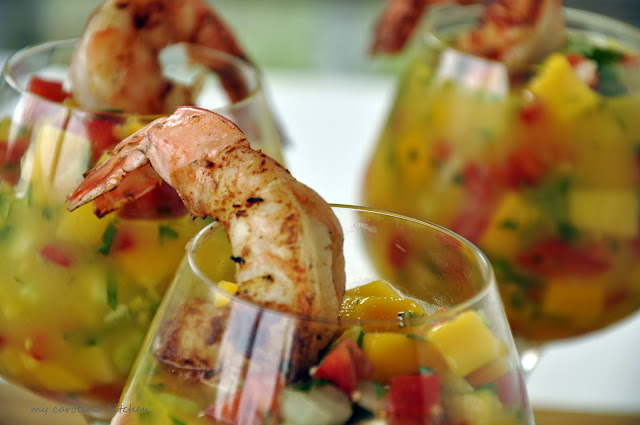 Cold gazpacho soup makes a light and refreshing lunch on these sultry summer days when you’re craving something healthy and don’t want to heat up your kitchen. If you’ve been reading My Carolina Kitchen for a while, you may remember the gazpacho soup that I prepared for a guest appearance on Lazaro Cooks a while back. I decided to do a re-run of it plus some variations because it’s one of our very favorite soups and it deserves its own place here at home in my stable of recipes.

Did you know tomatoes haven't always been in gazpacho soup? Gazpacho is an ancient soup, believed to have originated with the Arabs, and comprised of only bread, olive oil, water, and garlic. Later the Romans added vinegar. Even though Cortez brought the tomato to Spain in the 16th century, it wasn’t added to the recipe until the 1700s. At the time, the tomato was believed to be poisonous and consequently only grown as a decorative plant. A famine in Italy 200 years later caused starving peasants to eat the tomatoes with no ill effect and the rest, as they say, is history.

From time to time I’ve played around with the basic ingredients in gazpacho, used different vinegars - sherry, rice, balsamic, or combinations, purchased different colored bell peppers, substituted V-8 for the tomato juice, added a fresh jalapeno for heat, and used homemade croutons as a garnish.

I also happen to get bored easily and am always on the look-out for new twists on old favorites. I’ve seen three other gazpacho recipes that sound intriguing: one with pineapple as a base, one with watermelon, and one with mango, which I’ll show you below. But first, here’s a classic chunky gazpacho with a couple of different garnishes that’s our family favorite. 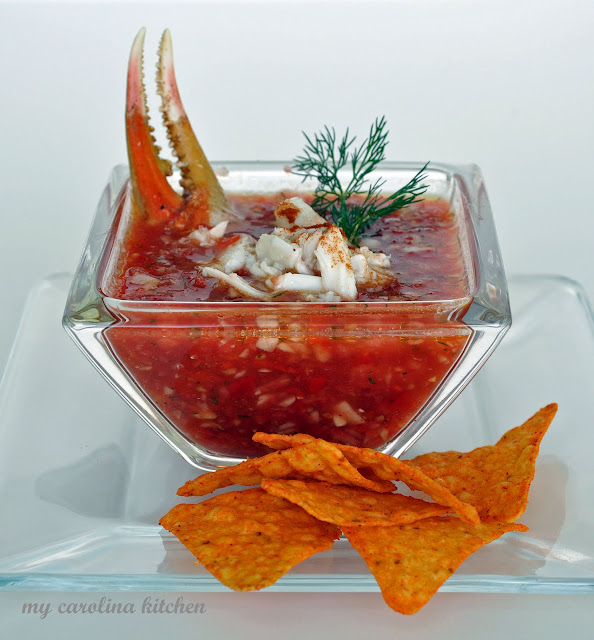 Place the tomatoes into a food processor and pulse until very coarsely chopped but not pureed. Remove from the bowl, and repeat with the pepper & cucumber.

In a large bowl, whisk together the vinegar, lemon juice, oil, and tomato juice. Add the cayenne, salt, pepper and chopped dill to the vinegar mixture. Add the chopped vegetables and minced onion and mix well. Chill and serve cold.

For the seafood theme seen above 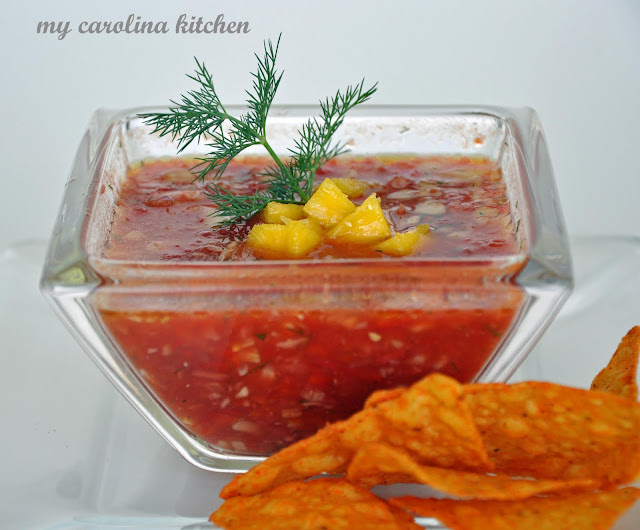 For a tropical twist as a garnish

Prepare the basic recipe for gazpacho. Serve very cold, garnished with chopped mango and a sprig of fresh dill. 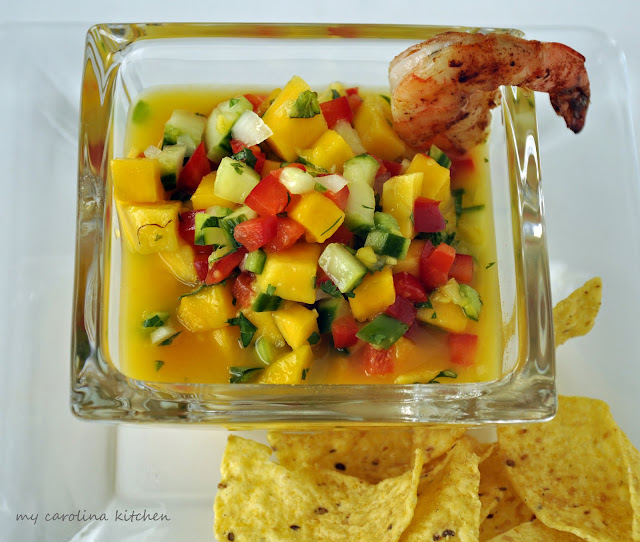 Substitute pineapple for the mango and pineapple juice for the orange juice in the Mango Gazpacho recipe above.

Substitute small diced seeded watermelon for the mangos and use a yellow bell pepper for the red one in the Mango Gazpacho recipe above.

Tasting note: Although the mango gazpacho was very refreshing and the multi-colors of the various ingredients looked spectacular in the bowl, the tomato based gazpacho will always be our favorite. In fact when I asked my husband the question I always ask when we try a new recipe, “Would you have this again?” he said no. When I asked why, his answer was, “I just don’t like it.” I’m curious. Have you ever made gazpacho with unusual ingredients and what did you think of the results?

I am linking this to:
On the Menu Monday at Stone Gable
La Bella Vita’s Fresh Food Friday
Foodie Friday at Designs by Gollum

So take your appetite on over and have a look. You’re guaranteed to come away hungry, and don’t say I didn’t warn you.

Posted by Sam Hoffer / My Carolina Kitchen at 6:37 AM