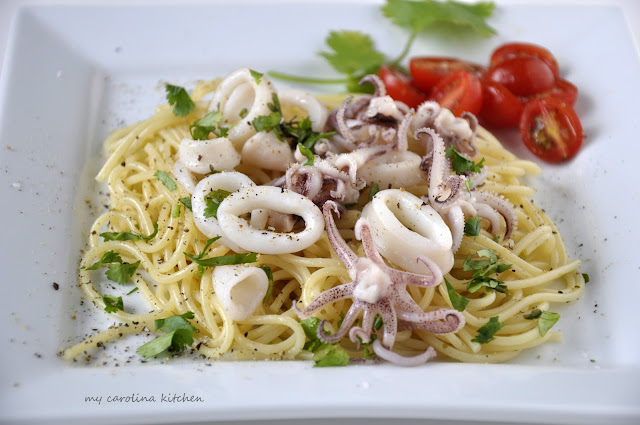 Mark Bittman is one of the most popular cookbook authors of our time. On the tenth anniversary of his wildly popular cookbook How to Cook Everything, he’s published an anniversary edition with 2,000 simple recipes.  It’s a cookbook I go to all of the time for recipes as well as Mark’s good advice.

He’s also written another fresh and inspiring new cookbook that has become one of my current favorites - Mark Bittman’s Kitchen Express, 404 Inspired Seasonal Dishes You Can Make in 20 Minutes or Less. 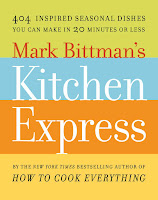 In Kitchen Express Mark has taken a whole new approach from some of his other best selling cookbooks, which have formally written recipes. This book has one paragraph instructions and Mark talks you through the recipe, allowing you to do what you mother did - add a pinch here and there, and taste as you go. Don’t have an ingredient? Substitute what’s in your pantry or throw in some fresh herbs if you have them.

A perfect example of substituting ingredients is this recipe. In the cookbook it’s titled Shrimp with cilantro, garlic, and lime. Mark suggested squid as a substitute for the shrimp and that’s what I’ve done here. Don’t be afraid of using squid. It can be bought ready-prepared from your fishmonger, so you no longer have to clean it yourself.  Simply cut the white body of the squid into thin rings and, if you like, use the cute little tentacles as well. They are my favorite part of the squid. Be sure to dry the squid well before using and take care not to overcook it or it will taste like tough rubber bands. 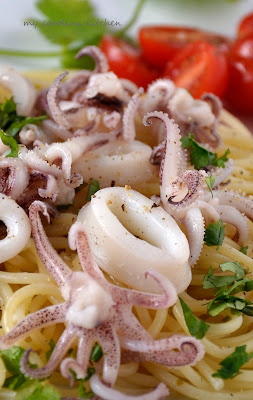 Squid with Cilantro, Garlic, and Lime
From Kitchen Express by Mark Bittman

In a large bowl, combine a handful or so of chopped cilantro, some minced garlic, the zest and juice of a lime, a tablespoon of fish sauce, kosher salt, and freshly ground black pepper. In vegetable oil, cook a pound of cut up squid (dry squid well first) until they are done, about  two to three minutes, taking care not to overcook. (Or use shrimp and cook for three to four minutes until pink and no longer translucent). Toss the squid with the cilantro mixture. Serve on angel hair pasta, over noodles or rice, alone, or even as part of a salad. 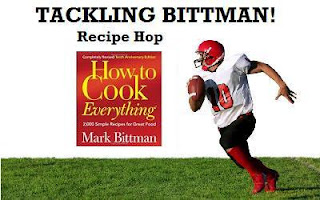 I’m thrilled that more bloggers are becoming interested in Mark Bittman and his brilliant cookbooks. A group of five fabulous ladies are now celebrating Mark with a monthly Bittman Blog Hop called Tackling Bittman. It’s on the first Thursday of each month and I’m submitting this recipe to the February blog hop. Please visit Alex at A Moderate Life (the lovely and talented creator of the blog hop), Christy at Frugality and Crunchiness with Christy, Dr Laura at Who is Laura?, Sue at Couscous and Conciousness, and Pam at Sidewalk Shoes to see the other wonderful Bittman recipes featured this month on Tackling Bittman.

What’s your favorite Mark Bittman recipe?
Posted by Sam Hoffer / My Carolina Kitchen at 7:14 AM