What to serve house guests for breakfast 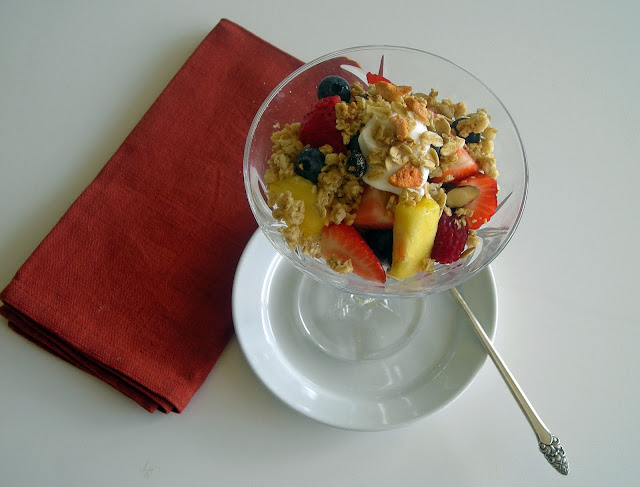 This past weekend my husband’s brother and his wife flew down from Long Island and were our house guests. They came to take a look at our beautiful western North Carolina mountains to see if it’s a place they might like to live when they retire. If you watched the news over the weekend, you know that the entire southeast was drenched with rain and flooding. We live about a hundred miles north of Atlanta and within a fifteen minute drive of the northwest Georgia border and about the same distance from eastern Tennessee.

When we woke up Monday morning and watched the news from Chattanooga, the weather was so bad they listed the schools that were open rather than the ones that were closed because there were so many more closed than open. Knowing they didn’t want to miss their flight from Chattanooga that stopped briefly in Atlanta (where there was massive flooding) on the way back to New York, I decided to make something quick that we could eat for breakfast before we left for the airport.

I choose Ina Garten’s Breakfast Fruit Crunch which I adopted from her Barefoot Contessa at Home cookbook. I used purchased granola, but Ina made her own and served her fruit crunch in parfait glasses. Since I didn’t have parfait glasses, I substituted martini glasses. I’ve never eaten granola with pineapple, but I found it quite refreshing. Feel free to substitute different fruit combinations, such as apples, pears, bananas and red grapes in the winter. Peaches or nectarines with blueberries, strawberries and kiwi would also be pretty. This recipe is my favorite breakfast for a guest in a hurry. 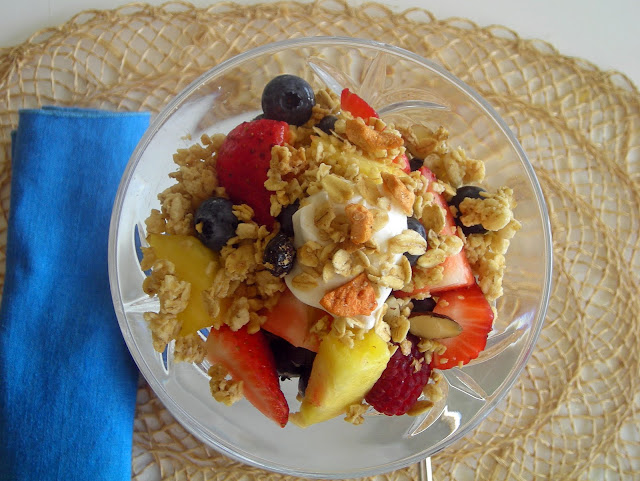 Adapted from Barefoot Contessa at Home by Ina Garten

Combine the strawberries, blueberries, raspberries, pineapple and lemon zest in a bowl. Add 1 teaspoon cinnamon to the yogurt. If your granola isn’t flavored with vanilla, you might want add a little good vanilla extract, such as Nielsen-Massey’s Madagascar Bourbon, to the yogurt.

Posted by Sam Hoffer / My Carolina Kitchen at 1:26 PM