Duncan Hines, now known for his cake mixes, was a traveling salesman for a Chicago printer in the 1930's, but he was also American’s first modern food critic. At the time there was no interstate highway system in the US and only a few chain restaurants existed. Hines and his wife began a list of several hundred good restaurants that they enjoyed on their travels. 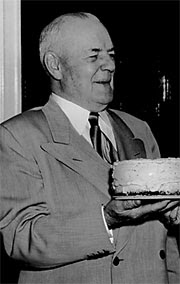 In 1935 he began selling a paperback book, Adventures of Eating, which highlighted his favorite restaurants and dishes that he personally enjoyed in cities and towns across America. The book gained in popularity and favorably recommended restaurants hung signs in their window that read “Recommended by Duncan Hines.” The Duncan Hines endorsement was highly regarded and he could make or break a restaurant’s reputation. His favorable opinion was considered as good as gold.

One of the restaurants that displayed the “Recommended by Duncan Hines” sign was the Old Southern Tea Room in Vicksburg, Mississippi. Vicksburg sits on the banks of the mighty Mississippi and its Civil War Battleground attracts many visitors each year. 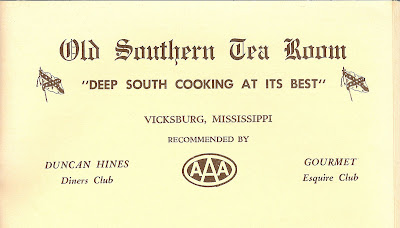 A Pilgrimage is held each year and the gorgeous old antebellum homes on the tour polish their best silver and roll out the red carpet for thousands of visitors. In 1941 the Vicksburg Pilgrimage Committee persuaded Mary McKay, a local southern lady well known for her cooking skills, to manage a tea room as a civic venture for six weeks only with the building and all of its equipment to be lent by the civic-minded. The tea room was a success and Mary McKay kept it going with one hundred dollars credit and a “minus-a-door" stove that cost $7.50. After five years it was debt-free and one of the nation’s most famous restaurants. The Old Southern Tea Room proudly displayed the Duncan Hines sign as well as one from AAA. When Duncan Hines was interviewed on his return from Europe, a reporter asked him what was the first thing he wanted to do. He said, “I would like to go to the Old Southern Tea Room in Vicksburg, Mississippi and enjoy the Stuffed Garden Eggplant and Corn Pudding.” 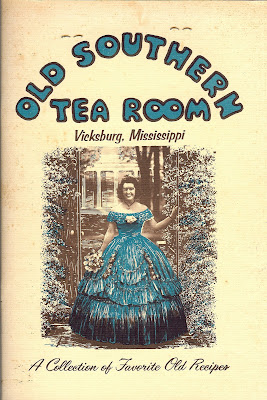 We lived in Vicksburg in the eighties and loved it. It's a true southern city. There’s a cute story that our friend Rigby Maupin told about grits and the Old Southern Tea Room in Vicksburg’s Junior League Cookbook, Ambrosia. Rigby is a great storyteller and we enjoyed his sense of humor. Seems one morning, according to Rigby, a gentlemen and his family that were touring the city went to the Old Southern Tea Room for breakfast. Apparently the man wasn’t in the best of moods, because when his breakfast arrived he asked the waitress, “What’s this white stuff on my plate?”
“Grits, sir.”
“I didn’t order any grits and I’m not about to pay for them,” he said, getting more irritated by the minute.
“Fine, sir.”
“You apparently don’t understand. I didn’t order grits and I don’t want them on my plate.”
“Sir, no one orders grits at the Old Southern Tea Room. They just comes.”
And with that she flatly refused to take them off of his plate.
By the way, I've been on a short holiday with my husband and we didn't have internet access while we were gone. I missed every one of you and it's so much fun to be back home. While I was gone I read Molly Wizenberg's great book A Homemade Life. She has a friend who says the only reason he travels is for an excuse to eat more than usual. I agree.
Posted by Sam Hoffer / My Carolina Kitchen at 7:00 AM