The Patisserie and Boulangerie in Saint-Remy-de-Provence, France 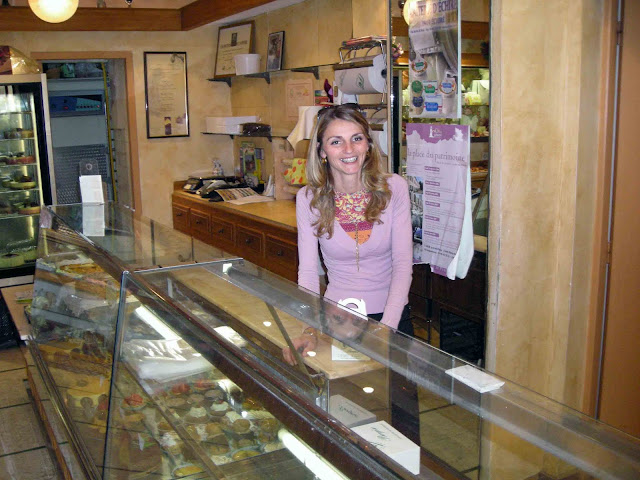 Two of our favorite shops in France were the Patisserie, the pastry shop, and the Boulangerie, the bakery. In some Patisseries, but not all, you can purchase the one essential thing you must buy every single day – the French baguette. In the Patisserie shown above they only sell pastries. When we asked for a baguette one day, the beautiful mademoiselle pointed her finger to herself and said, “Patisserie.” Then she took her delightfully long finger and pointed out the door and said, “Boulangerie.” Meaning, for those who she thought didn't speak French, we don’t sell baguettes here. Although we continued to purchase beautiful desserts in this shop, you can be sure we never asked for a baguette there again.
Here are some of the pastries we purchased from various Patisseries. Notice how beautifully a Patisserie packages your purchase. Tarte Citron was my favorite and I enjoyed how different shops decorated the tart. 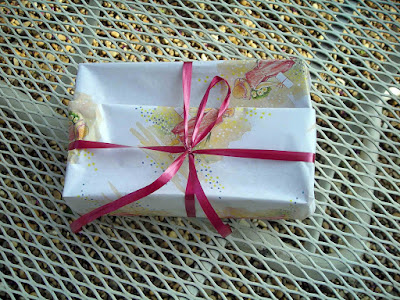 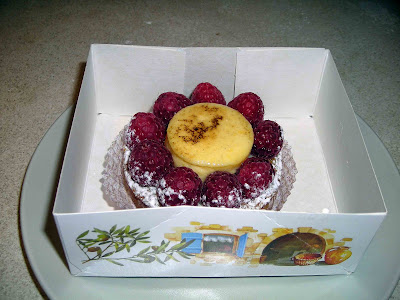 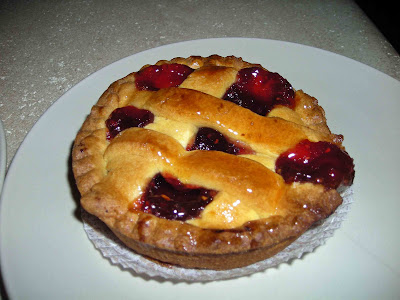 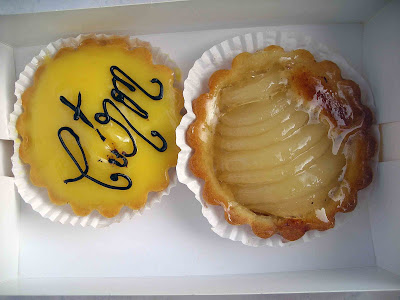 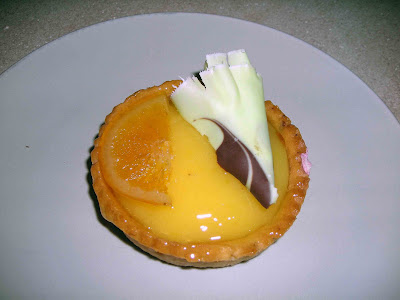 A French baguette is essential but they turn hard and stale quickly, so going to get one becomes part of your daily routine. We had heard stories about French people rising early, going to the Boulangerie and walking home with a baguette tucked under their arm. Well, it’s true and we found out why they go early - because by noon most bakeries have sold out of bread. 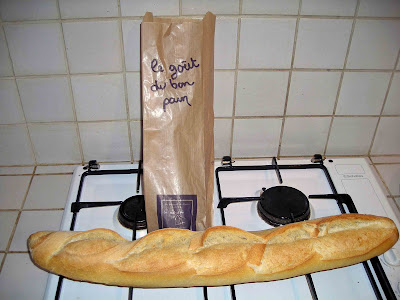 At first we weren’t particular about where we bought our baguette but quickly learned some were superior to others. But how should we decide where to go? Easy. We got up early and followed the locals to see where they go to get their baguette. We found the Boulangerie pictured below. Early in the morning the lines snaked out the tiny shop into the street, but the wait was worth it. They had the very best baguette in town. They also sold some pastries so we didn’t have to make an extra stop for dessert. Notice the savory tomato tarts in their case. They were wonderful and we had them several times for lunch with a salad. So, just as we learned with the bistros, follow the locals and you won’t be disappointed. 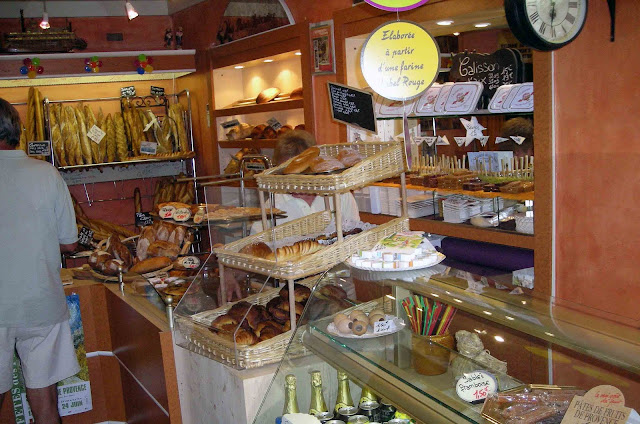 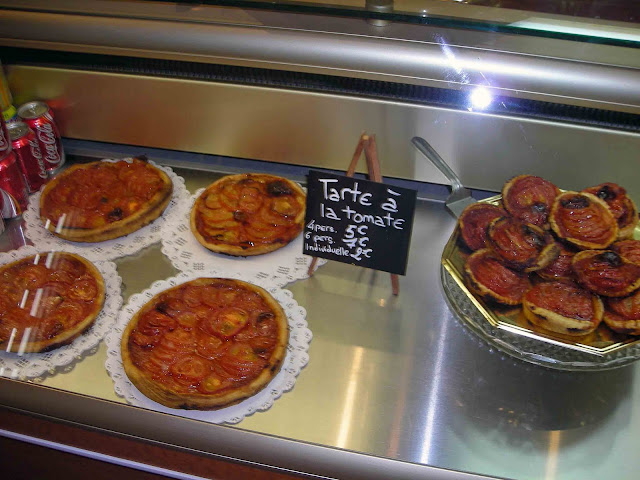 I hope you can join us next time as we go to the Boucherie, our favorite butcher shop, and the big supermarket, the Supermarche. Neither place spoke English and it was a very interesting experience. A bientot.
Posted by Sam Hoffer / My Carolina Kitchen at 1:21 PM