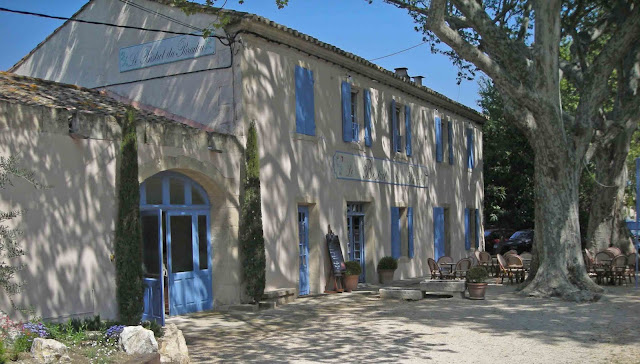 Le Bistrot du Paradou is one of Patricia Wells’ favorite bistros in Provence. Located in the tiny village of Paradou, it is a short fifteen minute drive from Saint Remy. We had stopped by earlier in the week to reserve a table for the Thursday lunch as that was the day they were serving the wonderful local lamb, l'agneau du Pays.

We had planned this two month culinary adventure to Provence many months in advance. Since we would have our own kitchen at our disposal and planned on cooking, I brought along three Patricia Wells cookbooks: Bistro Cooking, Patricia Wells at Home in Provence and The Provence Cookbook, which ended up being the most useful of the three. Not only did it have fabulous recipes, it included all of Patricia’s tips on her favorite restaurants, where to shop for olive oil, wines, breads, cheeses, where the best markets were – essentially an excellent tour guide of the region.

When we arrived at Le Bistrot du Paradou, owner Jean-Louis Pons greeted us. He is the perfect French host and carefully protects his bistro’s reputation by never allowing more people in than he can comfortably seat. Reservations are advisable as this popular bistro has been discovered and is frequented by locals as well as tourists.

I had taken The Provence Cookbook by Patricia Wells with us to lunch.  My husband Meakin, in his best French, asked Jean-Louis if he and his wife Mireille would autograph their pictures featured in the book. “J’adore Patricia Wells,” he said as he smiled broadly, poured us both a generous glass of wine and took our cookbook to the kitchen for Mireille to sign.

During the cheese course, Jean-Claude returned to our table and asked to borrow the Patricia Wells cookbook. Confused, we watched as he took the book to another table where a woman was dining. He sat and visited with her for a few minutes, looked through our cookbook, and then rose to greet more customers at the door. We continued to wonder what was going on as our cheese tray arrived. 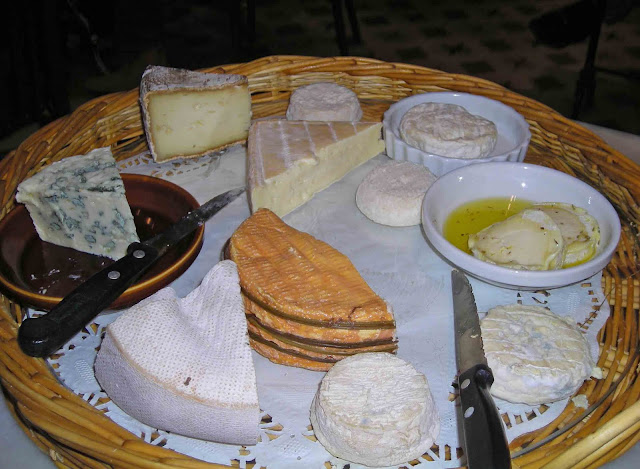 Later the lady who had been visiting with Jean-Claude came over to our table to return our cookbook and introduced herself as Fran Warde. Fran, a cookbook writer and co-author of My French Kitchen with Joanne Harris, was visiting bistros such as this one throughout Provence and writing a new book. 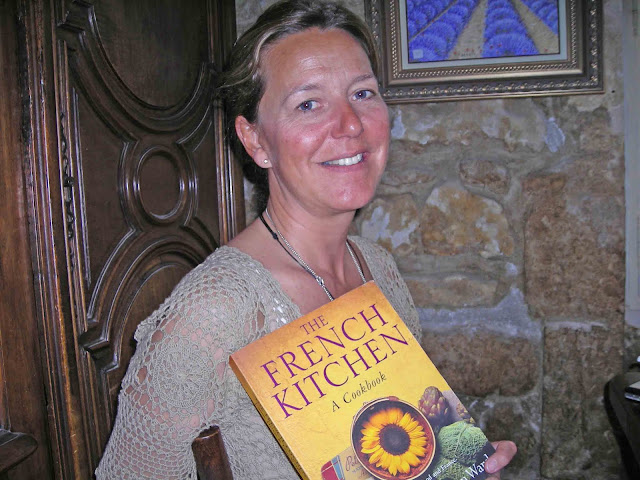 On our drive back to Saint Remy we stopped in the nearby tiny village of Maussane-les-Alphilles and visited the Moulin “Jean Marie Cornille,” a mill dating back to the early 1600's, to purchase a couple of bottles of Patricia Wells favorite olive oil. This is the oil that Patricia calls “the Chateauneuf-du-Pape of olive oil.” We purchased two bottles, a red label, Fruite Noir, and their gold label, Vierge A.O.C. 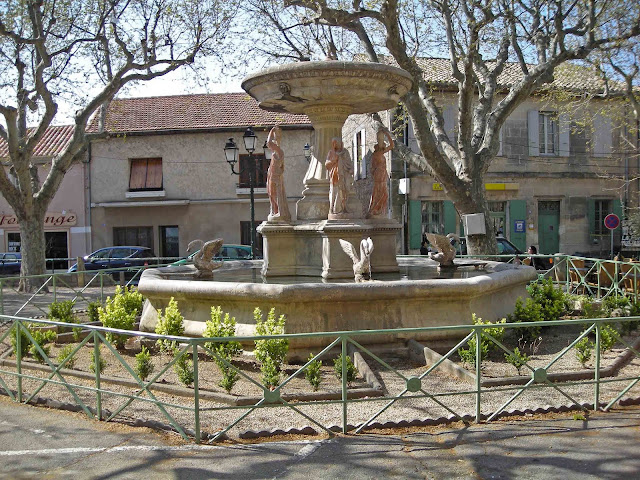 Fountain in the charming Village of Maussane-les-Alphilles

We noticed another bistro to try on our next visit to this beautiful area, Le Petite France. Outside was proudly displayed Maitres Cuisiners de France, meaning their chef was a member of the prestigious Master Chefs of France. 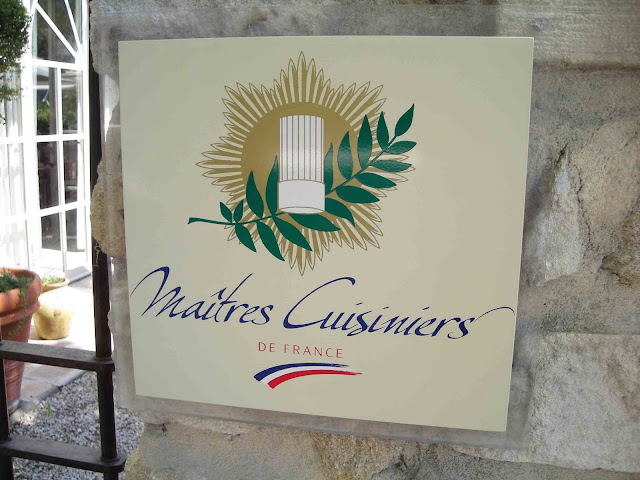 While we were here, we made a reservation at this charming restaurant. I hope you’ll join us there for another dejeuner as we continue on our 2007 culinary tour of Provence.

This will be linked to Oh the places I've been at the Tablescaper.
Posted by Sam Hoffer / My Carolina Kitchen at 6:28 AM