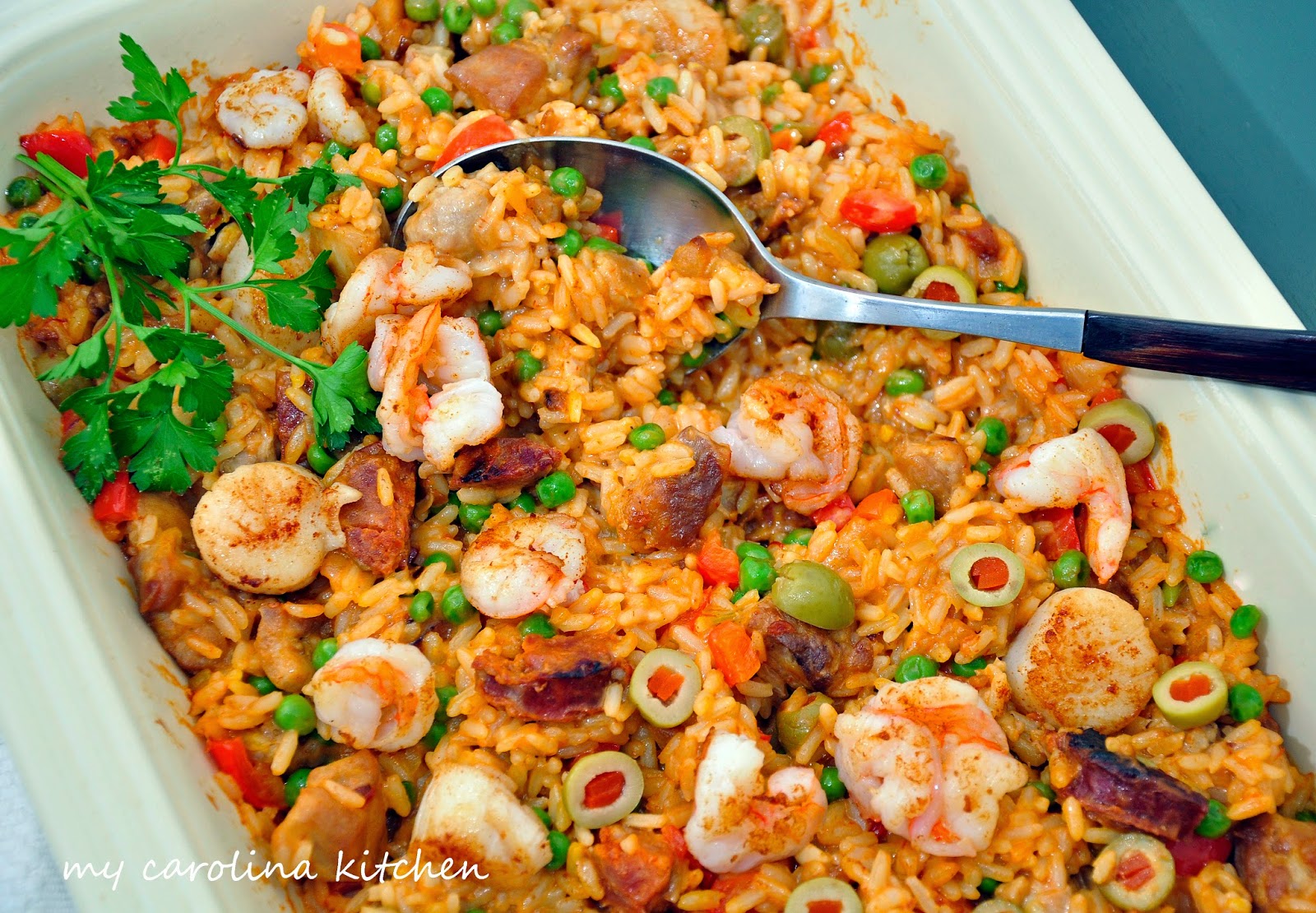 This dish began as a simple Spanish chicken and rice dish and by adding some saffron, Spanish chorizo and shrimp I was able to turn it into a party friendly version of mock Spanish paella. It’s a flavorful one dish meal that comes together in less than an hour. To round out the meal, serve with a crusty baguette, a lightly dressed green salad and pour a good Spanish red wine from the Rioja region. 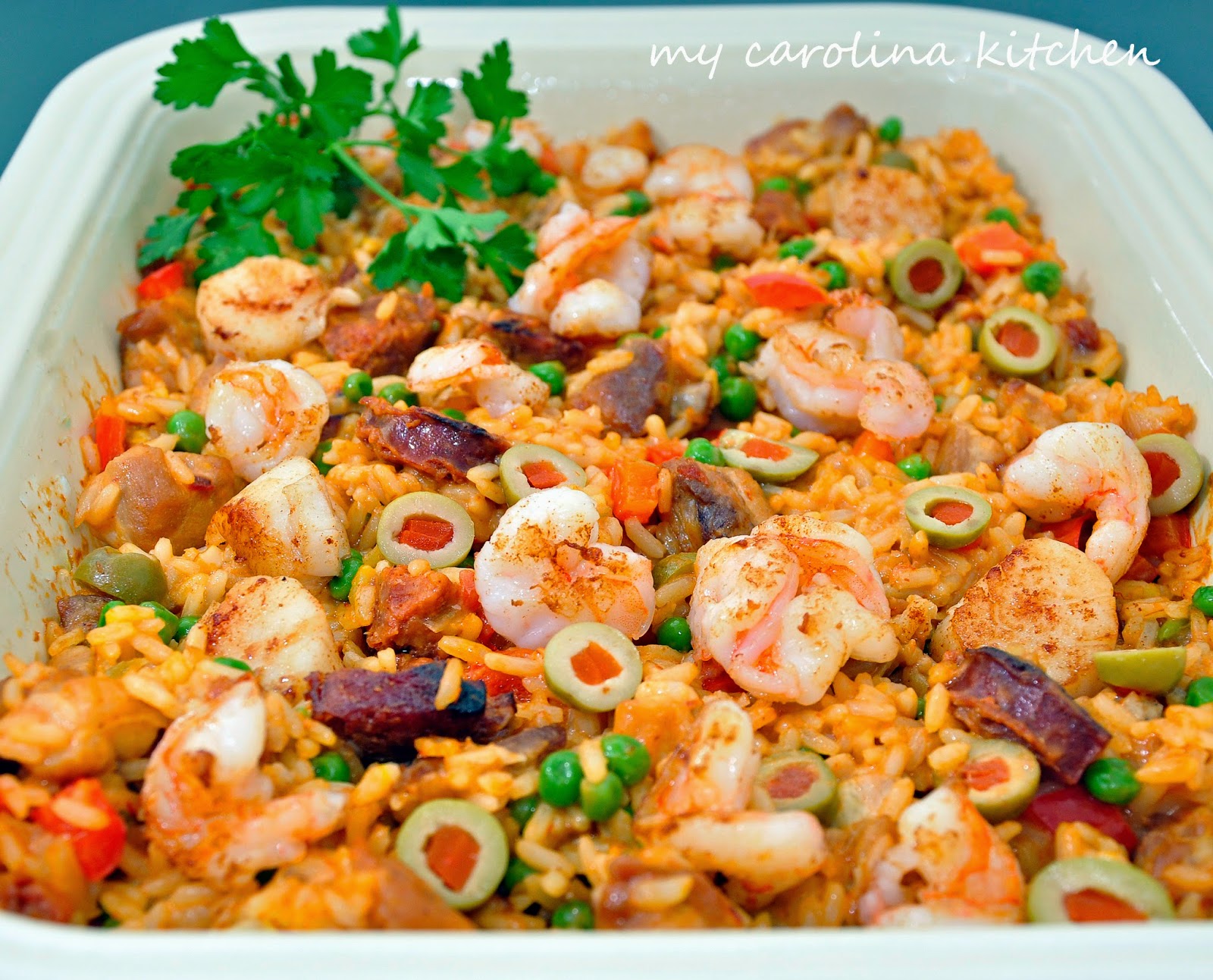 If you research paella on the internet, you’ll find many versions. I found this one from Tio Peppe’s restaurant in Greenwich Village very attractive and a doable presentation for a home cook. If you look at their paella picture here, you’ll see that the Chef garnished his paella with well placed slices of roasted red peppers, then sprinkled green peas atop the red peppers and a few slices of Spanish chorizo were strewn about to give the dish a big pop of color and flavor. I noticed that he chose to serve the paella in a dark bowl, which I also found appealing from a color standpoint. So there’s no stopping what you can do with a simple base of chicken and rice simmered together in a tomato and wine sauce. 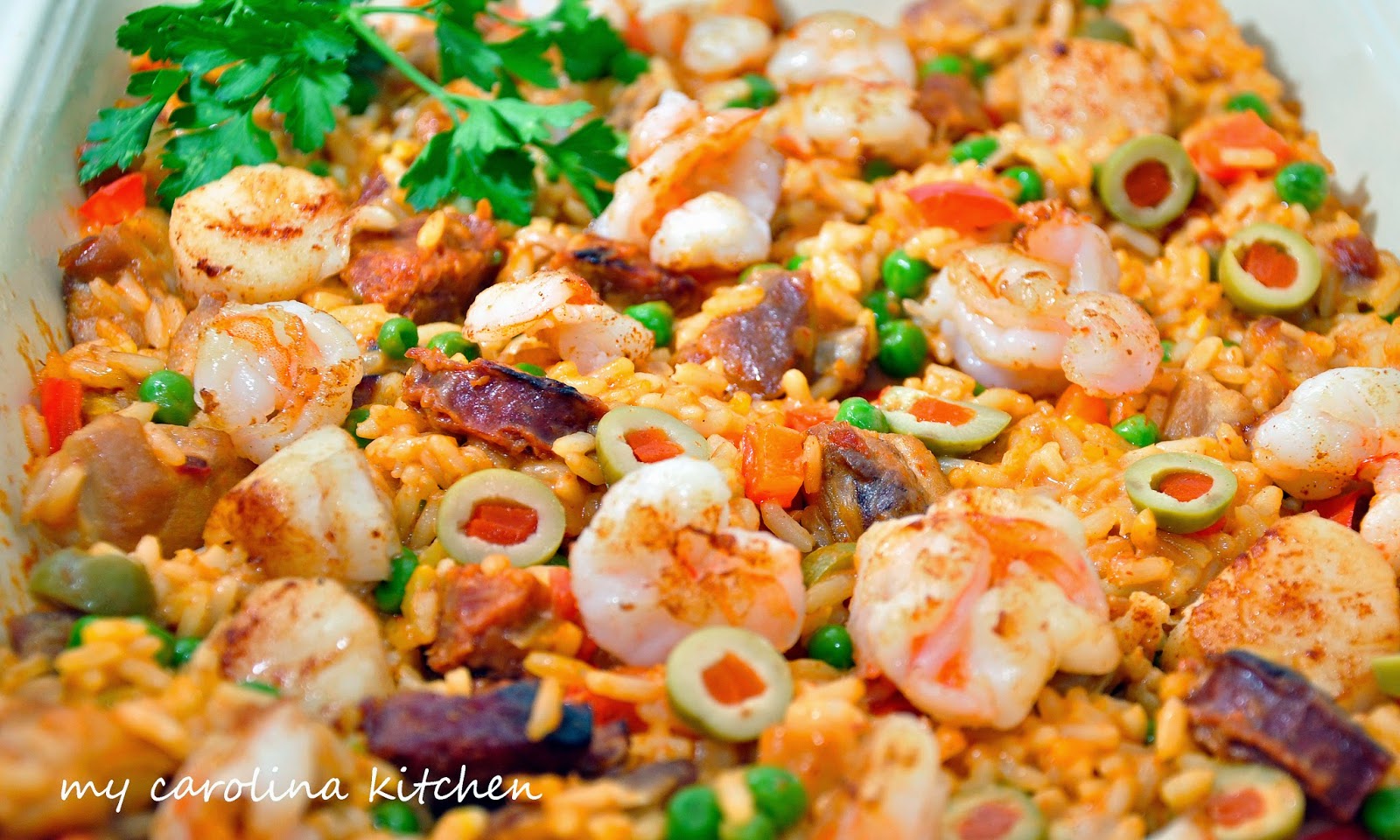 Heat the oil in a large saucepan over medium heat. Pat the chicken dry with paper towels. Season with salt and freshly ground black pepper and cook until golden brown, 2 minutes per side.

Add the onion and bell pepper and cook, stirring occasionally, until soft, about 5 minutes. Add the garlic and cook, stirring, for 1 minute. Add the wine, tomatoes and their liquid, saffron, rice, salt, and freshly ground black pepper and bring to a boil. Reduce heat and simmer, covered, for 15 minutes, or until 5 minutes before the rice is done. Stir in shrimp and continue to cook for 5 more minutes until rice & shrimp are done.

Stir the peas, olives, & chopped chorizo into the rice and chicken and cook, covered, until heated through, about 2 minutes. Spoon the chicken and rice into a platter or onto individual plates and sprinkle with the parsley. If desired, garnish with a sprig of parsley. 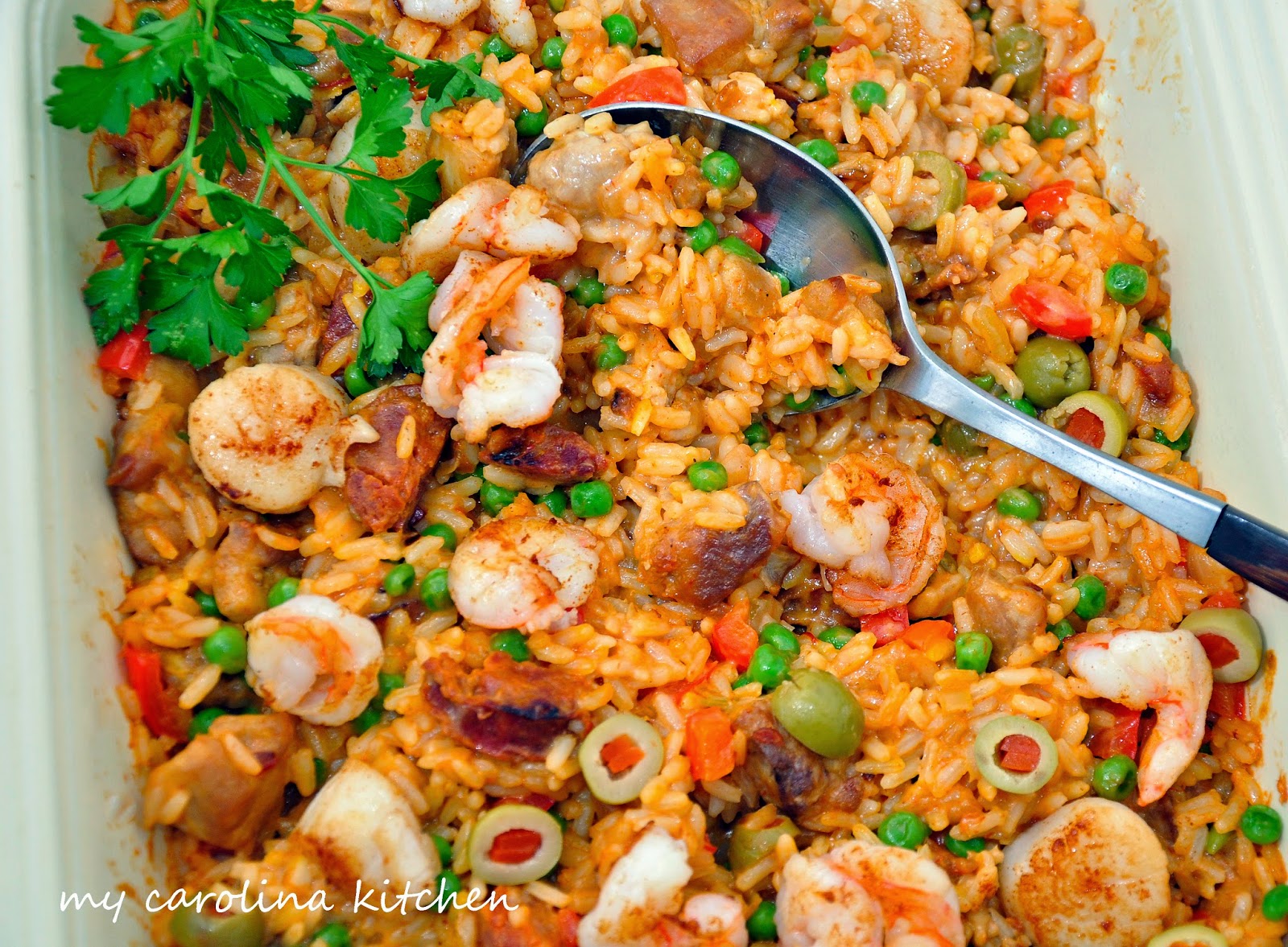 This will be shared with Foodie Friday at Rattlebridge Farm and Miz Helen’s Country Kitchen Full Plate Thursday.
Have a great weekend everyone.