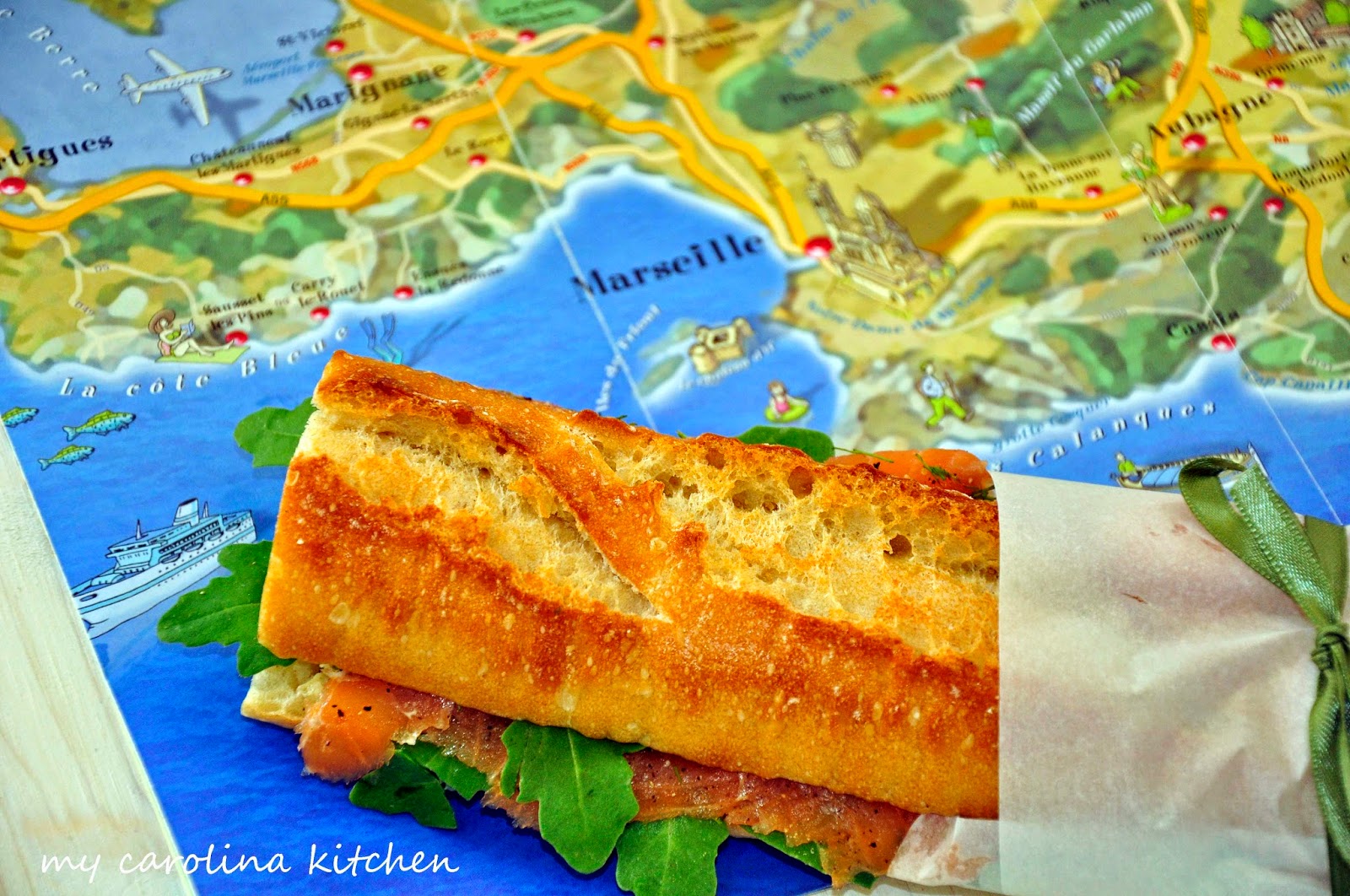 On an Air France flight from Paris to Marseilles several years ago we were served a smoked salmon sandwich on a French baguette for lunch. It was a very simple looking sandwich that the flight attendant passed out to passengers that day, but after one bite I had to know what made that simple sandwich so tasty and flavorful.

I knew France was known for their baguettes and deservedly so. The French absolutely do make the best baguettes in the world and the one on this sandwich certainly lived up to the reputation. But there was something else that set that sandwich apart from the sandwiches I make at home. What could it be?

So I opened my sandwich to have a peek inside to see what the mystery ingredient was that brought such incredible flavor to this seemly simple sandwich. Hmm, thinly sliced smoked salmon seasoned with a bit of cracked black pepper and a few greens sprinkled about? No, that’s not what I’m looking for.

Then I saw it – smooth creamy butter spread on both side of the baguette. I had an “ah ha” moment. Of course it’s the butter. European-style butters have much more flavor compared to American butter. 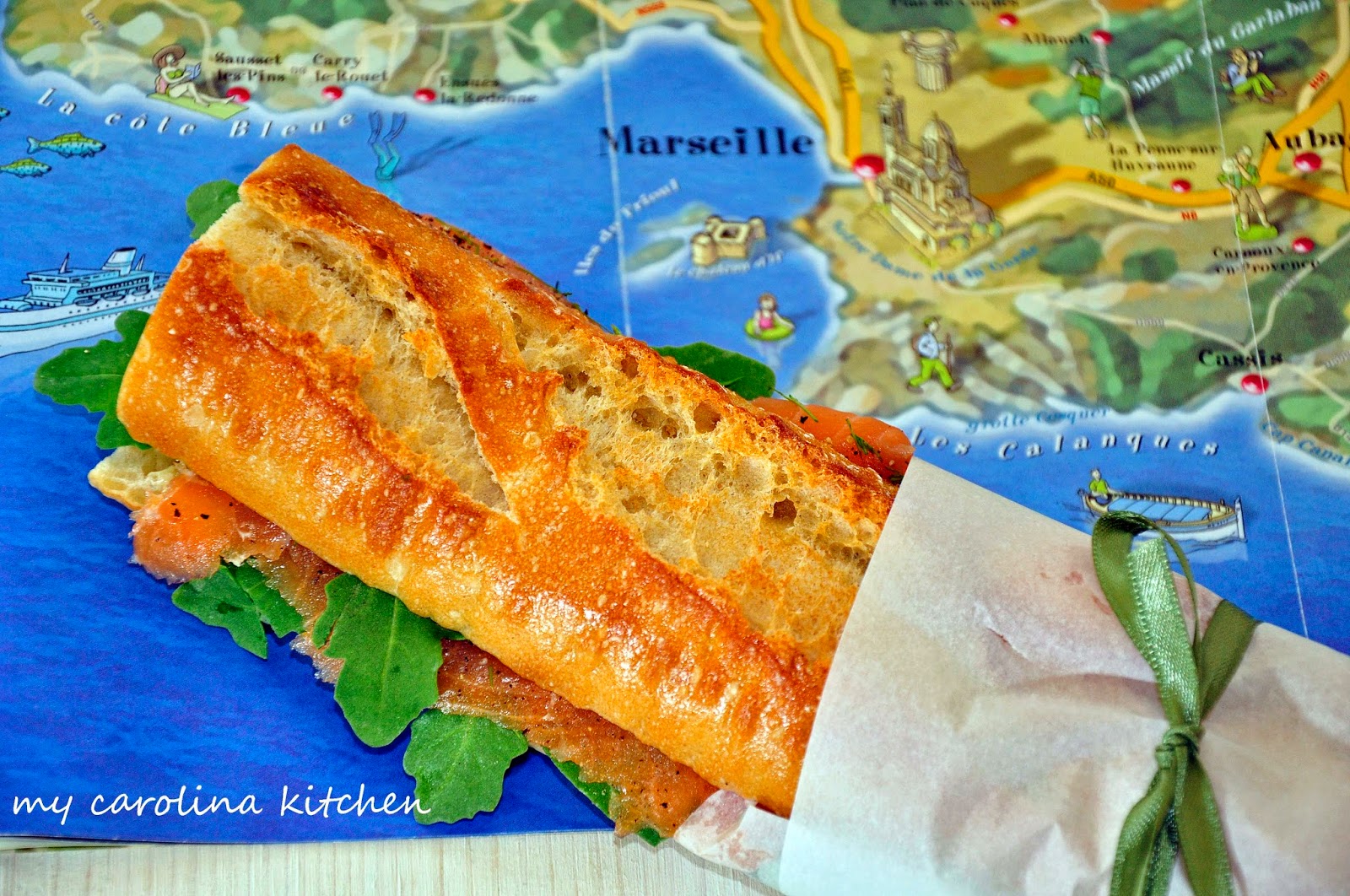 Enter Presidents European style butter. I was offered the opportunity to try their butter and they sent three butters – stick, whipped, and whipped with sea salt. I made several different compound butters with the stick butter recently, see post here. 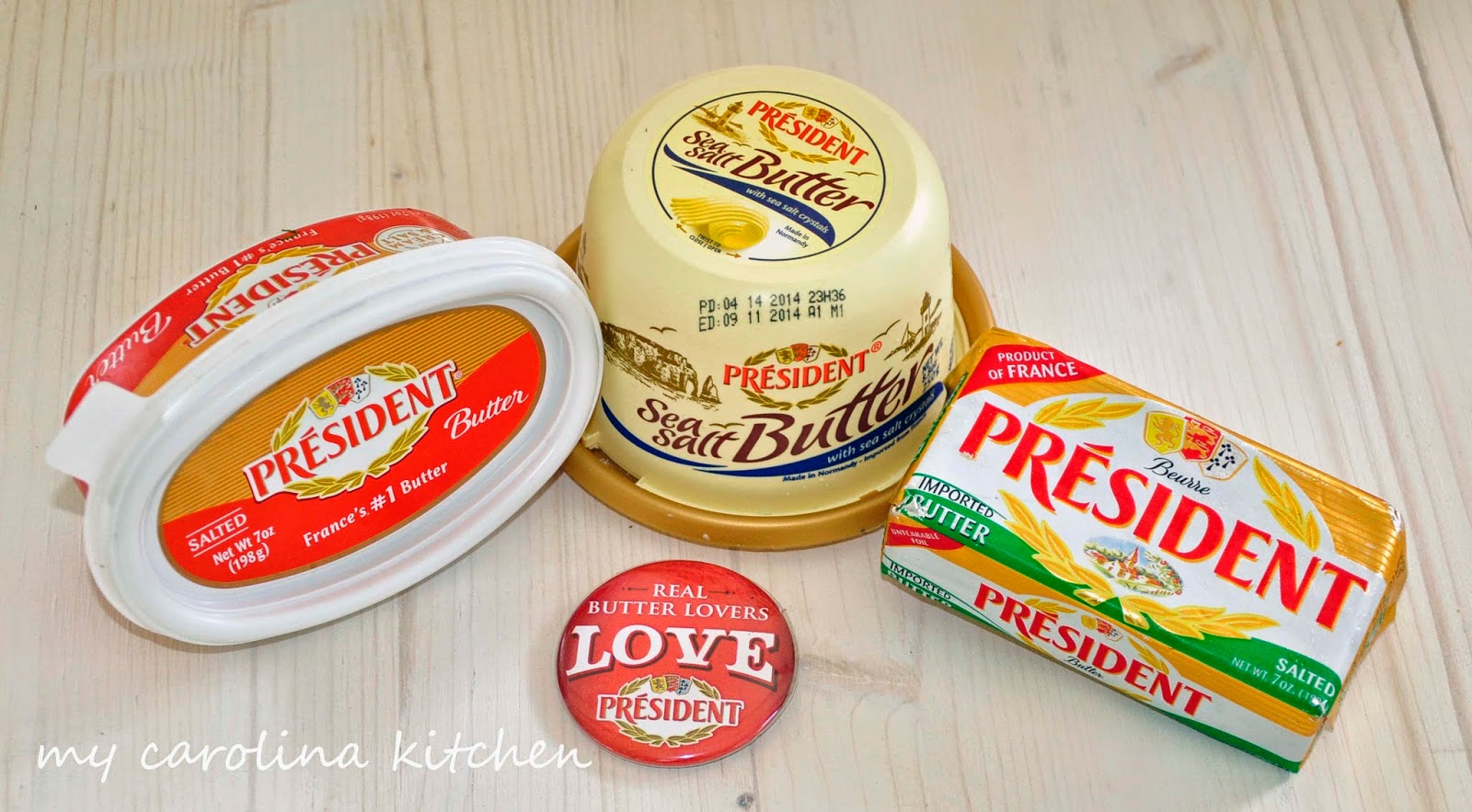 For this sandwich, I used Presidents whipped butter with the sea salt and it is fabulous on this smoked salmon sandwich. President Butter is France’s #1 selling butter, where people consume more butter than anywhere else in the world. It is made cultured cream in the European tradition with no added oils. President Premium butter is available in many supermarkets in the US, including Publix stores. We found President Butter to be rich and creamy and highly recommend it. In fact Meakin made the comment "this is killer butter." That's high praise.

To assemble this sandwich, slice a crusty French baguette lengthwise, open it and spread some butter, preferably European butter, on both sides of the bread. Top the bottom half of the sandwich with a sprinkling of fresh arugula or spring mix, top with slices of smoked salmon. Season to taste with freshly ground black pepper and salt if you wish. Slice into individual servings and enjoy. This is a great sandwich for a picnic. To make it portable, wrap the bottom half (or the entire sandwich for that matter) with parchment paper and tie with a ribbon or a piece of raffia. 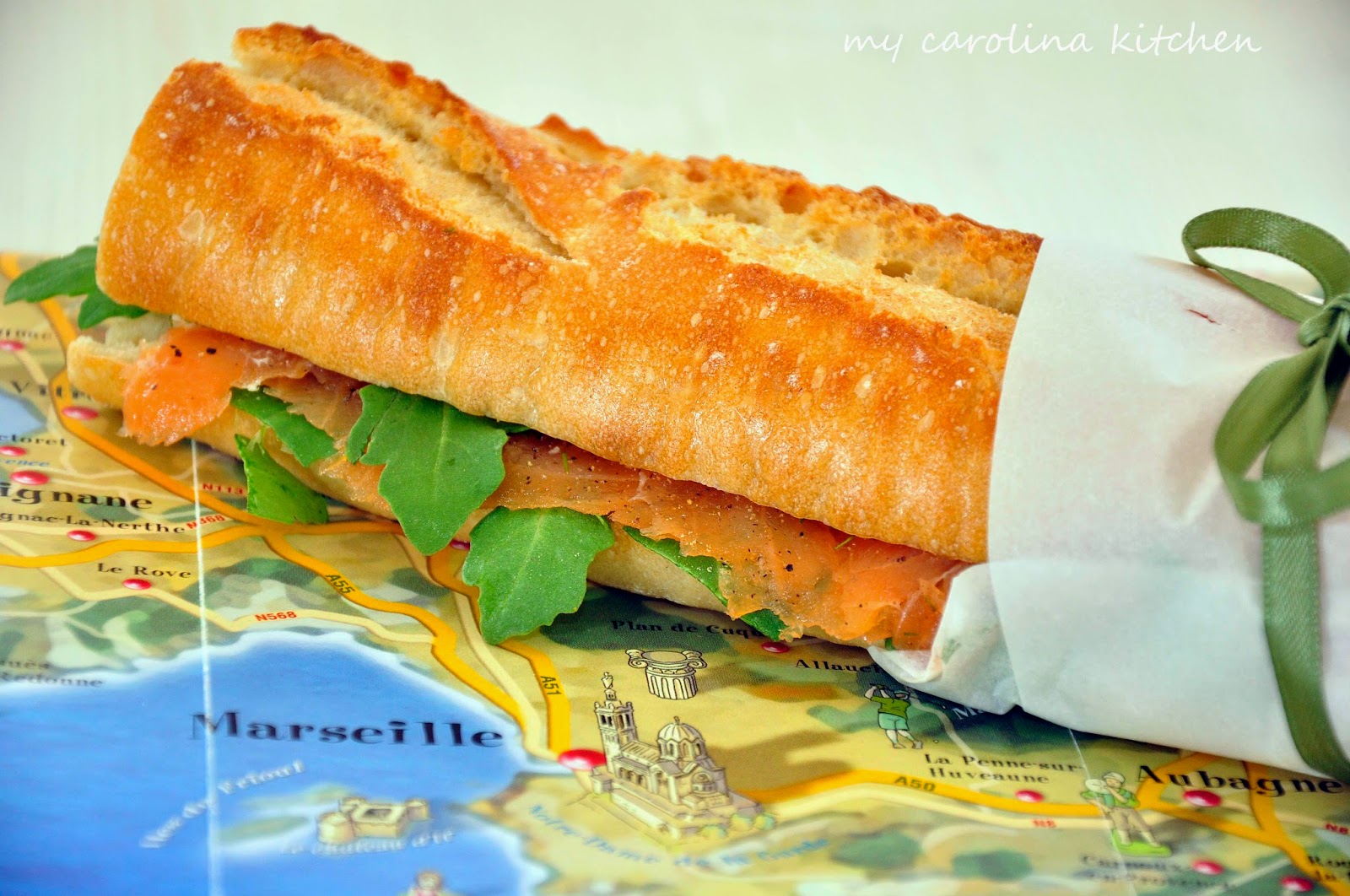 This will be shared with Foodie Friday at Rattlebridge Farm, Miz Helen’s Country Kitchen Full Plate Thursday, and Weekend Bites at Simple Recipes.
Have a great week everyone.

Disclosure: We were given free samples of President's butter to try. The opinions here are ours. We did not receive compensation neither for this post nor for our opinion.
Posted by Sam Hoffer / My Carolina Kitchen at 7:30 AM