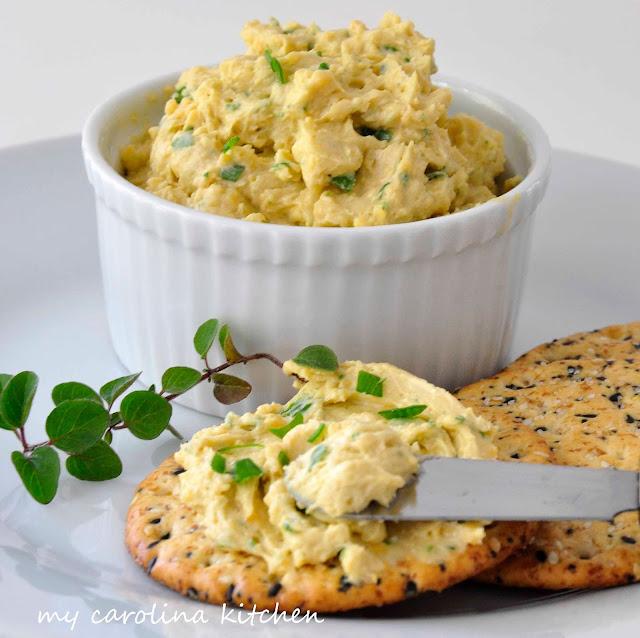 Cheese spreads are one of my favorite appetizers. These are two old favorites that have been in my repertoire all of my married life. They were inspired by the deli, located in the downtown store at Foleys’ department store in Houston. One has a sharp cheddar base with a bit of heat and the other a blue cheese flavored with port wine. 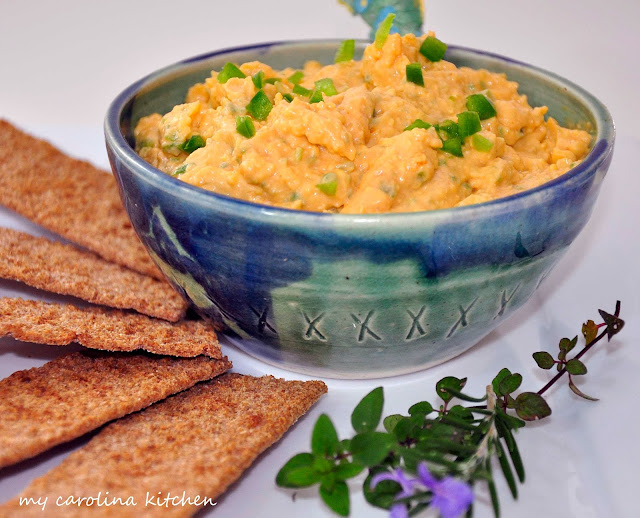 Foleys, one of the grand department stores in downtown Houston on Main that occupied the entire city block plus the parking garage across the street, was an institution, where generations of Houstonians shopped. The downtown store was like a city with its nine floors, plus a full basement that housed the budget departments. Foleys was one of the first buildings in downtown to have a tunnel that allowed people to get to the parking garage without having to wait to cross the street. You could buy everything your heart desired there. The escalators were state of the art and they whisked you up from the basement through the entire store all the way up to the ninth floor and were by far the fastest escalators I’ve ever been on in my entire life. At Foleys you could find fashion attire for the entire family, select bridal china and silver, purchase your baby’s first shoes, furnish your entire home from linens to a dining room table, or outfit your house with major appliances and televisions. During your visit you could have lunch in one of several restaurants, or browse for the latest best seller in their well stocked bookstore, while waiting for your prescription to be filled in the pharmacy.

Going to Paris? Foley's travel agency could book your flight while you shopped for luggage and got a trendy hairstyle in the beauty salon. Perhaps you are only in town for a short time with a very long shopping list and very little time – a personal shopper will be dispatched to your rescue. Men could leave their car in the auto department of the parking garage to be fitted with new tires while they shopped for all of the latest in sporting goods & golf clubs or checked out the newest advances in cameras. On the way down to get his car, perhaps stop at the Men’s Grill for lunch with the guys. Many generations of Houston children sat on Santa Claus’ lap and told him what they wanted for Christmas after making their selections in Foleys extensive toy department. And of course you could purchase their fabulous cheese spreads which I loved so much in the deli.

I began my career at Foleys in the downtown store, recruited off campus in the late sixties from the University of Arkansas where I was working on my masters, to join their executive management training program in fashion merchandising. At that time women weren’t in management positions in business, especially in the South. I envisioned a world where women had the same opportunities in the business world as men. Unfortunately there weren’t any Sheryl Sandburgs telling us how to “lean in” or role models such as Marissa Mayers, currently the CEO at Yahoo, showing young female college graduates how to climb the corporate ladder. A career in fashion merchandising was one of the only places that I found that welcomed women into the fold of the business world, and men for that matter, without prejudice based on race or sexual preferences. Foleys & Federated department stores were what I call “the major leagues” in the business and there were plenty of women role models to be found in management there. I consider my experience at Foleys as a way of finishing graduate school and the lessons I learned there were invaluable throughout my career.


In my early career, my whole life revolved around Foleys downtown. I found my husband at Foleys, or as he tells it, he found me. As a trainee on a break, I sat about six stools down at the same lunch counter from Mohammad Ali, generally considered among the greatest heavyweights in the sports history, as he and his manager and a friend were sipping sodas, acting like normal, everyday shoppers.  The omelet king Rudy Standish, who earned that title by making omelets for JFK’s inaugural breakfast and later flipping his famous omelets for Princess Diana, demonstrated his famous pan in the fifth floor Azalea Terrace dining room.  As a young cook I was so impressed that I rushed to the house wares department and bought his pan in harvest gold (remember harvest gold?) and made my very first omelet. When the astronauts returned to Houston after their walk on the moon and were honored as local heroes with a huge parade in downtown Houston on Main Street, I stood with my friends and waved and threw confetti from the rooftop of Foleys.

When I joined Foleys it was a part of Federated Department stores. They prided themselves in customer service. In the downtown store, lunch hour for office workers from the surrounding buildings was from twelve to one o’clock and the store would be packed with shoppers. Twelve to one at Foleys was called “Holy Hour.” Every executive from the CEO on down was on the sales floor assisting customers during twelve to one o’clock and there were no exceptions or excuses for ever missing Holy Hour. The customer came first and was always guaranteed satisfaction. As the story goes, a young boy once told his mother, “I wish I had gotten the measles at Foleys. Then I could have taken them back.” After I left, Foleys changed ownership and continued to build more branches throughout Houston, then on to other cities in Texas and the southwest. Towards the end once again they became part of the Federated group. Soon all of the Federated stores, with the exception of Bloomingdales, became Macy’s stores.

I am still in shock that this past September the downtown store was imploded (link here to pictures) and a downtown Houston landmark went up in smoke. As one Houstonian said, “They blew up Foleys. What’s next, the Astrodome?” The Astrodome, once dubbed the 8th wonder of the world, was the world’s first multi-purpose domed sports stadium and had just been completed when I moved to Houston, fresh out of college. As I write, the fate of the aging Astrodome is unknown and may just become a part of history too, just like downtown Foleys.   .

Of course Foleys deli in the downtown Houston store and their fabulous cheese spreads that I adored are a fading memory and a part of their demise. Foleys had several versions of cheese spreads and I’ve tried for ages to get the original recipes with no luck, even when I worked there. Over and over again I experimented with them, tasting the originals alongside my own, and finally created these as close as I possibly could to the originals. I hope you enjoy them as much as we do. These are spreadable cheeses and you don’t want the consistency to be too thick or dense, hence the use of cottage cheese. 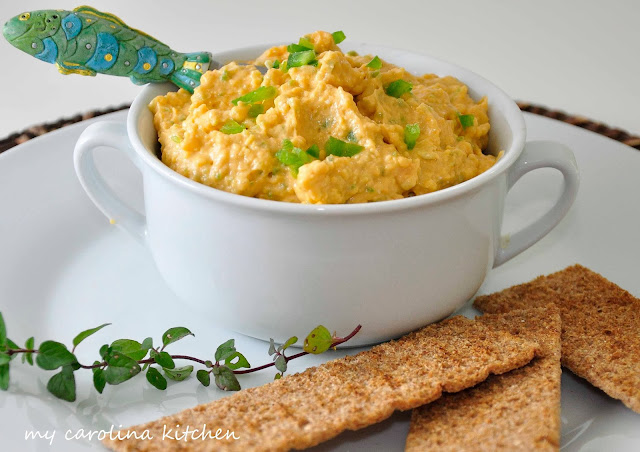 Foleys Cheddar Cheese Spread
My rendition from My Carolina Kitchen

Pulse cheddar cheese cubes in a food processor, then add the cottage cheese and picante sauce. Process once again with all of the peppers. If the mixture is too thick, add a little more cottage cheese. Taste for seasonings. Should be mildly hot but not overly hot. Can add a dash or two of Shirachi if you wish, which was unknown to me at the time or leave some of the seeds in the jalapenos for a spicier spread. Will keep several days, covered, in the refrigerator. Best served with thin, crispy Finn Crisp, 100% rye crackers, which I always bought in the deli to go with their cheese spread. 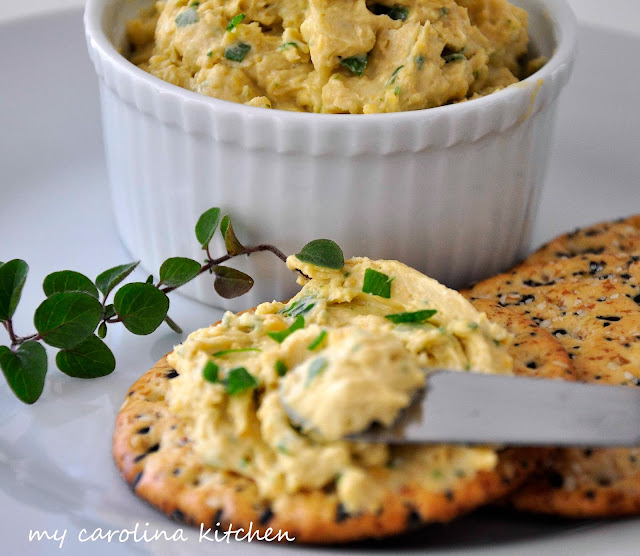 Pulse cheddar cubes in a food processor for about 30 seconds until it begins to crumble. Add cream cheese, blue cheese, cottage cheese, garlic salt, Worcestershire sauce, and port wine. Continue to process until the mixture resembles a spread. Add the green onion tops and process until smooth. Will keep several days, covered, in the refrigerator. Serve with crackers or crudités. 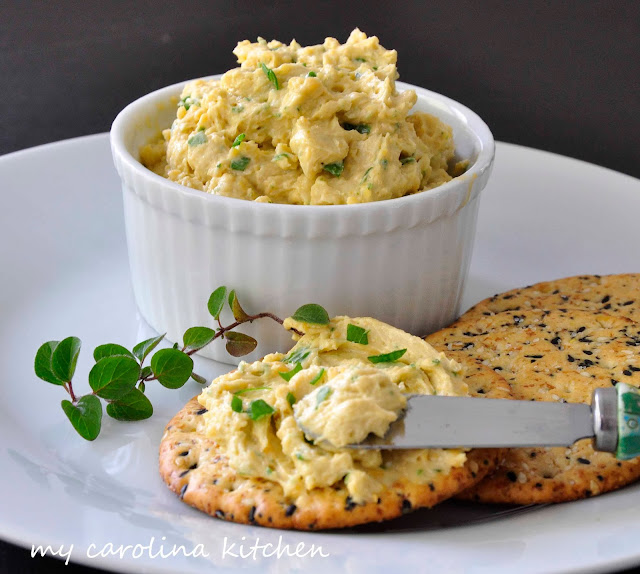 If you would like to read more about the history of Foleys, Lasker Meyer, the son of one of Foleys original owners who became President and later CEO, has written a very comprehensive history in his book, Foley’s, a part of the Images of America series. The Department Store Museum has some great photos of various department stores, link here. You also might enjoy The World of Department Stores by Jan Whitaker, link here.


Do you have a favorite department store that brings back memories for you? 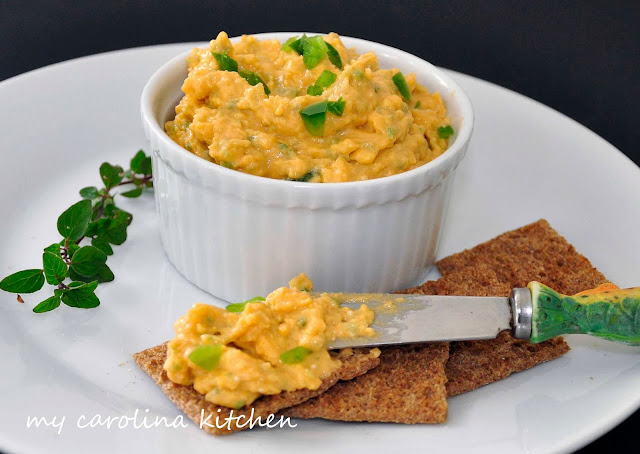 
Posted by Sam Hoffer / My Carolina Kitchen at 8:00 AM

Email ThisBlogThis!Share to TwitterShare to FacebookShare to Pinterest
Labels: About Me, appetizers