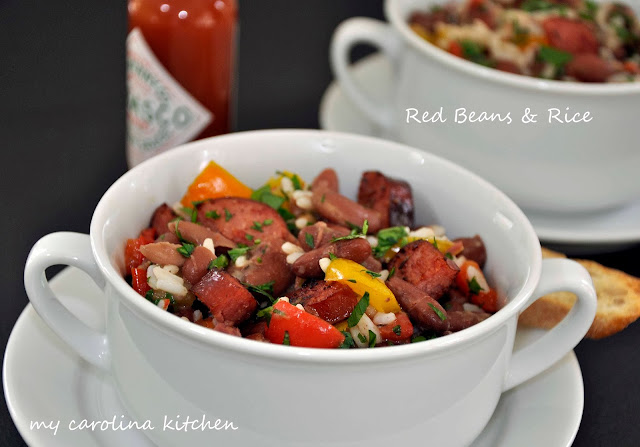 Today a group of food bloggers are celebrating the birthday of one of our most famous story tellers and cooks, none other than the witty and ever generous Michael Lee West of Rattlebridge Farm, whose blog features recipes and style for exhausted people. Michael Lee is first and foremost a Southerner who grew up on the Gulf coast and descended from generations of scratch cooks. She is the author of nine books, including Consuming Passions, a delightfully charming and hilarious food memoir, filled with quirky aunts and secret family recipes.

In an easy, talkative style, you’ll soon think you’re chatting about family with a close friend. Characters such as Aunt Tempe, Aunt Dell, Aunt Hettie, Uncle Bun, and her marvelous Mama seem to leap off of the page. They are all old fashioned southern cooks whose greatest pleasure came from cooking for their family and friends, but often they kept their secrets close to their heart.


In a family ruled by food that dominated their holidays and get-togethers, Michael Lee’s Aunt Hettie soon realized that with each death their culinary history was vanishing. At one funeral Aunt Hettie pulled her aside and said, “This is a shame. What a loss.” Thinking she was speaking of the relative about to be buried, Michael Lee was shocked when Aunt Hettie moaned, “She’s taken her gingerbread recipe to the grave.”

"Every Sunday, the whole family gathered at Mama Hughes's house in Amite County, Mississippi. They were ferocious eaters and talkers, devouring rumors and innuendo with gusto. Food was their common language, and everyone understood the dialects." -- Aunt Tempe, reminiscing about family dinners

Aunt Dell is an eccentric Southern character and the source of many juicy tales. “Some women are just prone to grease fires. They attract them the way other gals attract men. Both types eventually go up in smoke.” – Aunt Dell, chocolate connoisseur and crazy woman, talking about an insurance adjuster, 1990.

In the chapter titled “Funeral Food,” Michael Lee notes that funeral dishes must be easy to transport as well as appealing to the bereaved. Some foods are simply inappropriate. “I myself have never seen appetizers at a funeral,” she writes. “This is not a time to bring Better than Sex cake of Death by Chocolate.”

Mama is my favorite character in the book. “Just don’t ask her for a recipe,” Michael Lee says. “She likes to be the family’s sole source of perfect food. Mama doesn’t like rivals in the kitchen. Her motto is never share men or recipes because something is bound to get stolen.”

Well, luckily for us, her Mama did share many of her recipes, including her red beans and rice that I’ve featured today. As a southerner, I’ve eaten my share of red beans and rice through the years, but Ary Jean’s is by far THE best I’ve ever tasted. It has a very nice depth of flavor, yet it’s not overpowered by too much of a smoky flavor. I took the liberty of replacing the green bell pepper with some colorful red, yellow, and orange peppers and added some kielbasa for my husband who thinks red beans and rice aren’t complete without some sausage. And whatever you do, don’t forget the rice. 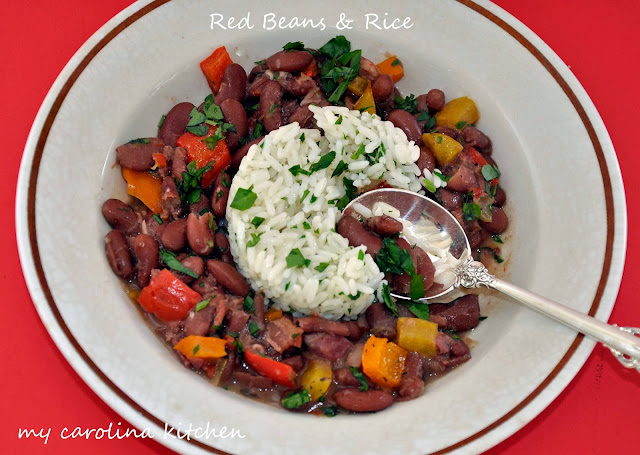 Wash 2 cups of dried red beans. Soak in water overnight. The next morning, rinse the beans in a colander and drain well. If you forget to soak your beans the night before as I sometimes do, here’s a link to the “quick soak method” that will rescue you.

In a Dutch oven, fry the bacon or country ham in the olive oil. Sauté the chopped vegetables, stirring, until the onions are clear. Add the flour and stir, making a sort of roux. Let it brown, taking care not to burn. ! A ham bone is a nice complement (and I highly recommend), giving depth and smoke to your beans. Add the drained beans, 1 quart water, and the wine. Put on a lid and cook the beans over a very low flame for 4 to 5 hours (mine were done in 3 hours). Stir occasionally. Serve with hot cooked white rice. Pass the hot sauce for those who like their beans on the spicy side.

Consuming Passions is a combination of what I love best – food and reading about people who love food. It’s the kind of book you’ll treasure and read again and again. If you love the South, don’t miss Consuming Passions. You’ll find that all of Michael Lee West’s books are as addicting as her Key Lime Pie. 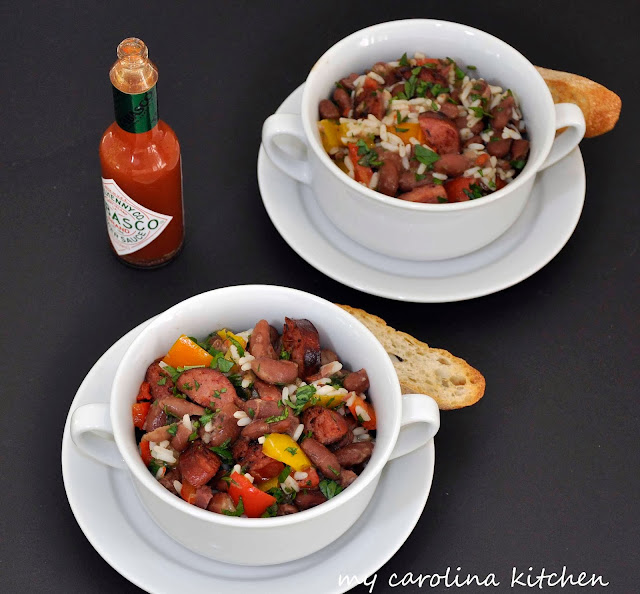 Join the others as we wish Michael Lee a very Happy Birthday.


This will be shared with Foodie Friday at Rattlebridge Farms, Miz Helen’s Country Kitchen Full Plate Thursday, Foodie Friday at Simple Recipes, Foodtastic Friday at Not Your Ordinary Recipes, and Seasonal Sunday at the Tablescaper.
Have a great weekend everyone.

Posted by Sam Hoffer / My Carolina Kitchen at 12:15 AM

Email ThisBlogThis!Share to TwitterShare to FacebookShare to Pinterest
Labels: Red beans and rice