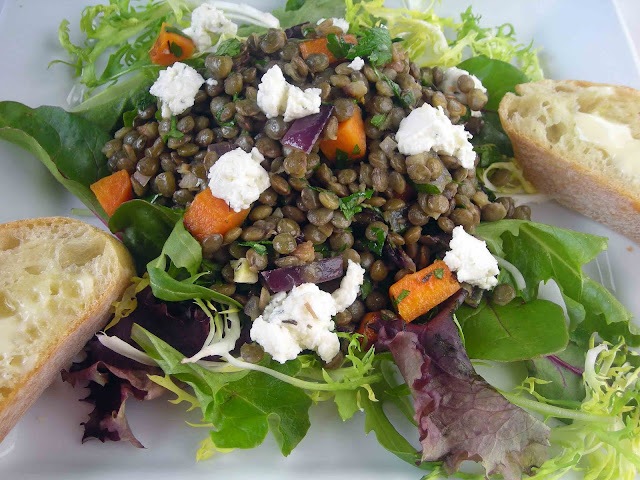 We’ve long since consumed the nutty tasting French lentils and I hadn’t thought of them in a while until I saw a recipe for Salade of Lentilles du Puy on Stacey’s Snacks. Stacey blogs daily and has some wonderful recipes. If you’re not familiar with her blog, you’re missing some great food and I highly recommend her site. 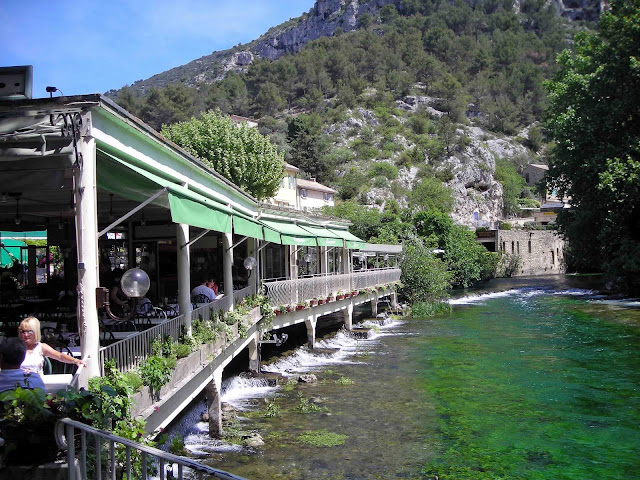 Today the photographs in this post are from Fontaine de Valcluse, 7km east of L’Isle sur la Sorgue in France. It is very popular tourist destination, so if you go, I recommend you go early in the day. 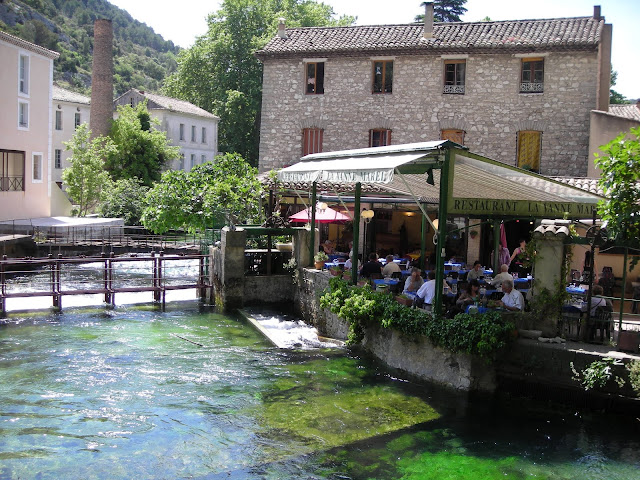 Stacey adapted her lentil salad from David Libovitz, food authority and celebrated author who currently resides in Paris and also has a fantastic blog. David refers to lentilles du puy as “cheap caviar.” They are from the Auvergne area and David insists when you purchase them, be sure they’re labeled A.O.C. so you don’t buy the ordinary French green lentils. If you’re not lucky enough to live in Paris where David buys his lentils at La Graineterie du Marche, Amazon sells them on line. 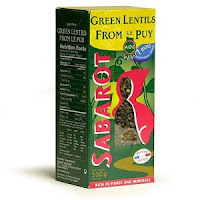 When I made it the first time, I didn’t think it had enough of either one so I added more carrots and red onion than the original recipe called for. Perhaps my carrots were smaller, I don’t know. I also used dried thyme. 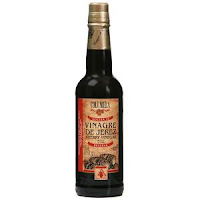 If you can find sherry vinegar, I think it makes all the difference in the dish. I usually get it at Fresh Market, but you can also buy it on line at Sur la Table. I like the Columela 30-year Reserva Sherry Vinegar, that’s been aged in oak barrels for 30 years (just like wine). Sherry vinegar can also be used in vinaigrette with nut oil for a change of pace from a red wine vinaigrette. Here’s my recipe. 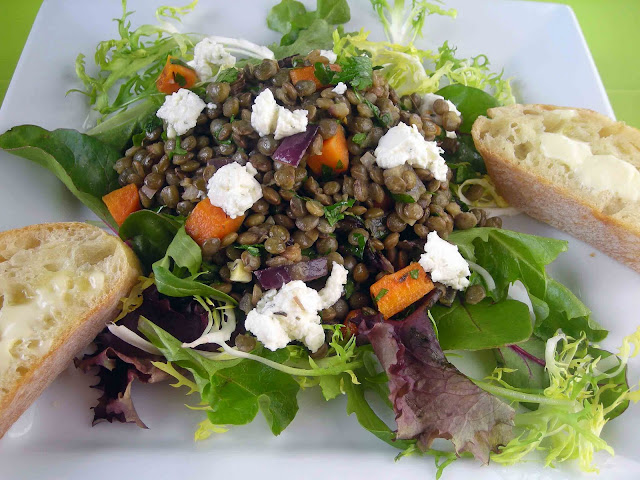 Rinse the lentils well and remove any stones. Transfer the lentils to a large saucepan and cover with lots of water, at least 3-4 inches. Add the bay leaf. Bring to a boil, then reduce heat, add a bit of salt, and simmer for 15-25 minutes, until the lentils are just tender, adding more water if necessary. I suggest testing them after 15 minutes and if they aren’t done, continue to taste every five minutes until they are still a little crunchy but taste done. Do not to overcook them or they will become mushy when you dress them.

While the lentils are cooking, heat a few spoonfuls of olive oil in a skillet and add the carrots and onions. Sprinkle with salt, pepper and dried thyme. Cook, stirring frequently, until tender. Set aside and remove the bay leaf.

In a small jar with a tight fitting lid, make a vinaigrette by adding the vinegar, oil and shallot, then shake well to emulsify and set aside. When the lentils are done, drain them well, and toss them with the vinaigrette, the cooked vegetables and the parsley. Taste and season with more salt, pepper, and olive oil if needed. . Serve warm or at room temperature on baby lettuce and top with crumbled goat cheese. Serves 6. Cooked lentils will keep in the refrigerator for 2-3 days. They can be gently reheated in a pan on the stovetop or in a microwave, but take extra care not to overcook them. 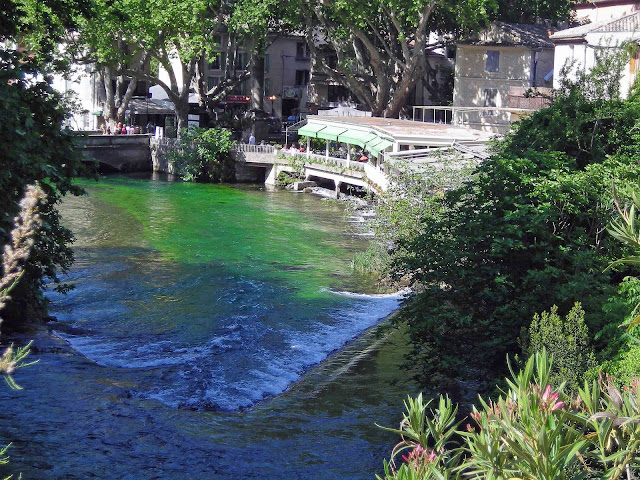 This will be linked to Oh the Places I've Been at the Tablescaper. Have a nice weekend everyone.
Posted by Sam Hoffer / My Carolina Kitchen at 12:39 PM